The top-secret underground fortress Siknäsfortet was built during World War II, forty metres deep into Hömyrberget. Its purpose was to defend the port of Töre, Sweden’s northernmost deep-water port, as well as to delay an enemy advance to Boden.

In order to keep the various pieces in action they needed large areas for ammunition and facilities for staff so that they could work and live in the fortress for a longer period of time in case of war.

Get a unique guided tour in the Cold War footsteps of the only permanent army battery that has been preserved in its original state. The guided tour takes about 50 minutes and can also be conducted in Finnish, English and Russian if booked in advance. Coffee is served.

There are also other guided excursions on offer to other interesting military objects along the Kalix Line.

How to get here 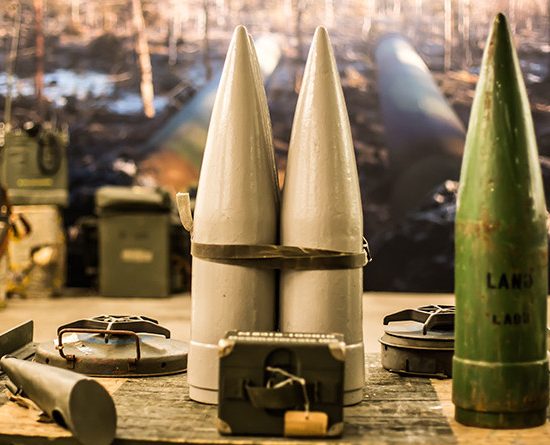