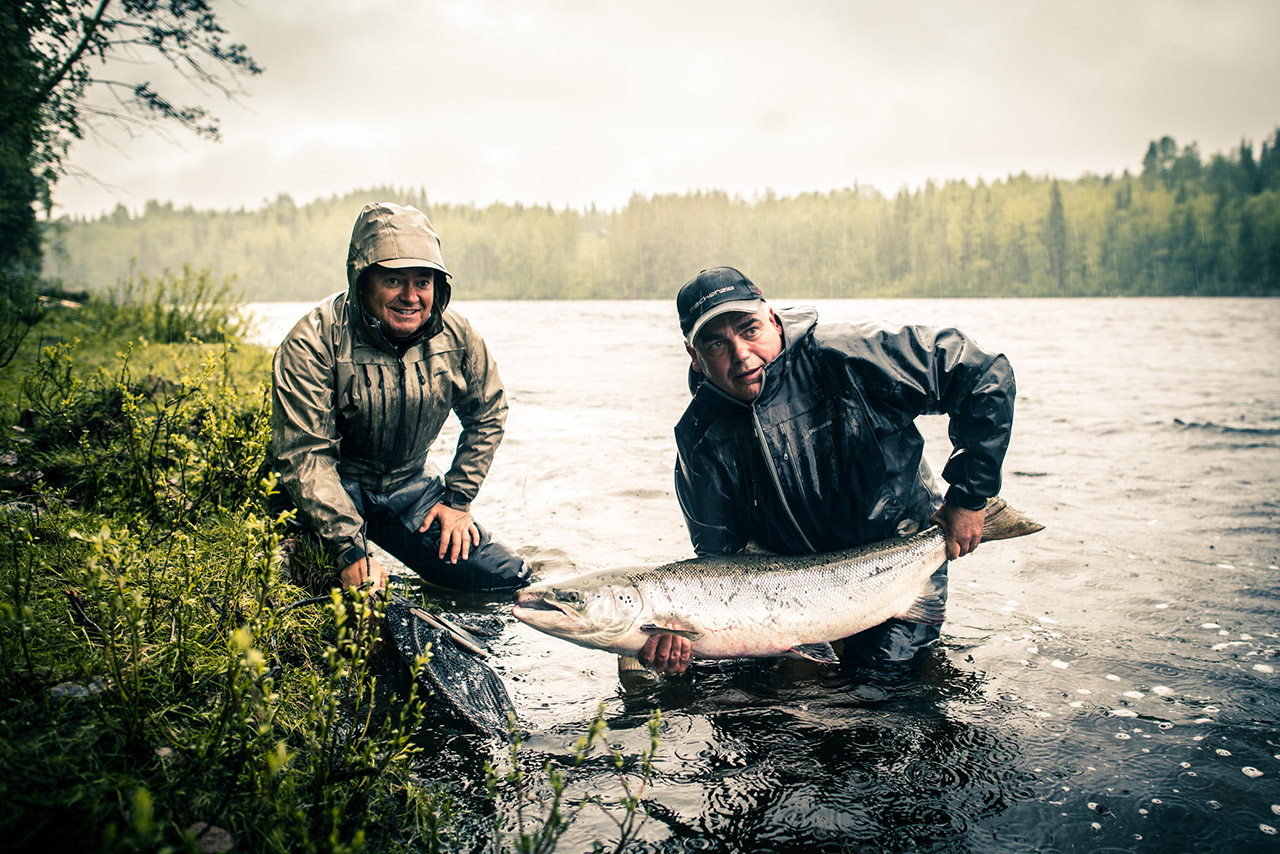 During a week in June 2017 a group of dedicated salmon anglers went on a trip to Heart of Lapland, the most eastern destination in Swedish Lapland. The goal was to experience the area, meet some of our local entrepreneurs, catch some salmon and get to know one another a little bit better. I got a chance to ask former World champion in Speycasting, Scott MacKenzie, a few questions.

So Scott, you went to Swedish Lapland in June 2017 together with a fantastic group of people. What was your first impression?
I thought the group was well put together as you had a good mix of ages and abilities, everyone who was there all really got along and it was a great trip.

Did you have any expectations prior to your visit?
I had heard that the season before had fished very well and with the netting etc. now reduced, I had hoped for some good sport, this was my first trip to Swedish Lapland after hearing so many great things about it, so although the fishing was
slow it was a very well put together few days.

Did you know the group that was put together, did you all have a good time and was there a lot of old “war” stories?
I had never met Yvon or Mauro before but we got on very well. I knew Eion whom I’ve been friends with for many years and yes, we all had some real war stories to tell; on a previous trip Eoin and myself were delayed by 4 days coming back from Chile, where we both arrived home late on Christmas Eve, so we are veteran travelling fishermen.

How would you describe the local “Laplanders”?
Everyone we met were really nice and friendly. We also met some really interesting people like Johan Stenevad, who made the knives at our accommodation. I fish in Northern Norway a lot and I’m used to the food from this area like reindeer meat etc.

I really enjoyed the countryside, food and the hospitality shown by everyone and I would highly recommend it to fishermen.

The fishing, was it worthwhile? Did you catch anything?
Yes, I had 2 one of the Torne River of 32lb and a 10lb salmon of the Lainio River. The fishing was tough as the fish hadn’t quite arrived when we were there, but I could see the potential. I think if the runs keep up and get better there is no reason this could not be a major fishing destination for all travelling anglers.

What is most important, do you think, when travelling?
The most important thing is for fishermen to know where they are going and what the chances of a fish are, and what tackle to take with them. If you have good fishing and happy fishermen, a fisherman would stay in the most basic accommodation and be happy. If you want it to be a major fishing destination then a variety of accommodations to suit different fishermen’s pockets would be good, and with good food and friendly helpful locals, you can’t go wrong.

Do you feel there is anything people should know about before planning their next salmon trip to some of our big rivers?
Any do’s and don’ts? People need to know how big the rivers is, but also not to be put off by its size as the fish run up the sides. And as I said before, maps of the pools and clear directions on how to get there is really important along with advice on what tackle to bring.

Last one, honestly, will you be back in the future?
Yes for sure! I think the fishing in Swedish Lapland has huge potential, but it has to be set up, operated and marketed right. If your runs keep coming then it is an easier and more reasonably priced option than going to Norway or Russia, but you do need fish and better big fish to keep the fishermen
coming in numbers.

To read more about Scott MacKenzie and his rods, check out: MacKenzie fly fishing